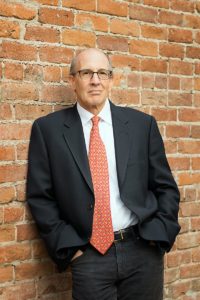 Richard N. Feferman is an Albuquerque attorney. He has built a three lawyer firm, Feferman, Warren & Mattison, which handles a wide variety of individual and class action consumer cases throughout New Mexico. Most of the firm’s cases are federal lawsuits against car dealers, debt collectors, and lenders.

Richard N. Feferman is the National Consumer Law Center’s 2013 recipient of the Vern Countryman Consumer Law Award.  The annual award goes to a public interest attorney whose special contributions to the practice of consumer law have strengthened and affirmed the rights of low-income Americans.

In 1999, the firm was nominated for trial lawyers of the year by Trial Lawyers for Public Justice, for their $669,000 jury verdict against a New Mexico car dealer for odometer fraud and tortious debt collection practices. In 2004, Mr. Feferman won a bench trial where the judge awarded punitive damages of $250,000 against Fleetwood for mobile home sales fraud.

Mr. Feferman is a graduate of the University of Michigan Law School. As Executive Director of the New Mexico Legal Services Support Project from 1977 to 1984, he operated an innovative and highly successful in-house training program serving 75 attorneys, 40 paralegals and 35 secretaries scattered among 22 offices statewide. He also litigated major statewide class action cases and consulted with individual attorneys on cases. Prior to that, he spent five years with the Michigan Migrant Legal Assistance Project, serving as its Executive Director. He was the supervising attorney of four lawyers and 25 seasonal paralegal workers serving migrant and other farmworkers throughout Michigan.

Mr. Feferman is also a nationally known speaker and author on matters of law practice management, and his articles appeared in many major national publications. Mr. Feferman wrote Building Your Firm with Associates (American Bar Association Press, 1988). He has conducted hundreds of CLE seminars for lawyers.

Mr. Feferman is the father of four expensive fully-grown children. He is an avid hiker and still weighs less than when he graduated college.